HDR vs SDR: Why HDR Should Be Part of Your Video Workflow 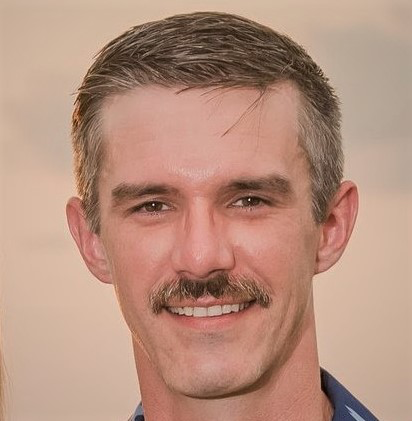 Is Your Video Stuck in the Past with SDR?

Would you do your taxes on a computer from the 1950s?

I’d guess for most of us the answer is no because usually, limiting yourself to using 70-year-old technology is not very likely to provide the best user experience or most accurate results. But when it comes to video, if you’re not creating and delivering High Dynamic Range (HDR) content, that’s exactly what you’re doing!
Standard Dynamic Range (SDR) video is bound by the brightness, color, and contrast limitations of the cathode-ray tubes that powered the first home television sets. Even when HDTVs were becoming the pride of local dads in the early 2000s, more pixels were added and the screens got bigger, but they were still playing by the ‘50s rules for the quality of the individual pixels.
This would remain true until the 2014 Consumer Electronics Show in Las Vegas, when Dolby unveiled their Dolby Vision format and with it, the dawn of the HDR era. Since then, the ecosystem has grown to include multiple competing formats like HLG, HDR10, and HDR10+, and with them a critical mass of supporting playback devices. As more and more manufacturers of playback devices and streaming services advertise their HDR support, the perception of HDR among consumers is shifting from that of a premium feature to a standard expectation. In September 2021, Apple announced that the iPhone 13 Pro would support capturing, editing, and sharing Dolby Vision video, bringing HDR production out of the studio and into the mainstream.

HDR vs SDR: Why is High Dynamic Range Better?

There are multiple factors that make the argument for HDR vs SDR, beginning with the obvious, higher dynamic range. This means there is more contrast available between the light and dark areas of what can be captured and displayed.

The darks are darker, the lights lighter, and there is more detail in both the shadows and the highlights. This results in more realistic representations of the luminance differences between day, night, exterior, and interior scenes. Having a higher dynamic range enhances depth-perception and allows surface materials to be better identified, creating an almost 3D effect when well executed.
Another advantage of HDR vs SDR video formats is that they support wider color gamuts than SDR. While having a higher dynamic range expanded on the luminance levels and contrast that can be represented compared to SDR, having a wider color gamut means expanding the range and levels of colors that are captured and presented to more closely match the capabilities of the human eye. The spectrum shown in the charts below represents the range of colors typically detectable by humans. SDR devices are capable of capturing and displaying only the colors within the Rec. 709 colorspace triangle in the chart on the left, while HDR utilizes the expanded Rec. 2020 colorspace and can replicate almost all of the colors we can see.

Finally, HDR video is created with a higher bit-depth of at least 10-bits, compared to 8-bit SDR. Bit-depth refers to how many bits are used to represent the color and brightness of each individual pixel. 10-bit allows for over 1 billion different colors to be represented compared to 16.7 million possibilities for 8-bit. Having so many more options allows for finer distinctions, smoother gradients, and more accurate representations of the scene being captured. 8-bit video can suffer from “banding” where there are noticeable borders and jumps in color in areas where there should be a smooth transition.

Visual artists have been attempting to recreate scenes from real life since time immemorial, from drawing, carving, and painting to photography and cinematography. As the techniques and technologies used by artists have evolved, their representations have become more realistic and captivating. With the end-to-end HDR ecosystem in place, the artists’ toolset is finally approaching the full capabilities and potential of the human visual system.
Depth of color, grayscale, light, and shadow all play a role in establishing the mood and tone for a visual storyteller and HDR video helps preserve the artist’s creative intent in ways that SDR cannot, delivering a more compelling experience. Similarly, producers of live sports and concert events should be utilizing HDR to create an at-home experience that is as immersive and as close to the in-person experience as possible.

As quality-oriented technologies have become more ubiquitous in the video streaming market, the common consumer has also wised up and now seeks out content that showcases the full potential of their home viewing experience.

“A popular retailer in the US has 263 TVs listed for sale. The first 30 featured results list 21 HDR models – near enough 70% penetration.” – Alex Davies, ReThinkTV

At this point in time, HDR has become synonymous with a top-tier quality, as a result, consumers are generally aware of what their devices are capable of and they want to use the best of their features. With most of the top content providers supporting some variation of HDR, it’s critical for streaming services to provide the best possible quality to remain competitive and grab a piece of the market share.
In their day, the CRT televisions of the 1950s were magical innovations that did the best they could with the available SDR video signals, but both should be considered things of the past. HDR is here and the time is now to modernize your video pipeline. Bitmovin can help with solutions for HDR encoding, format conversions and workflow optimizations to help you create the highest quality viewing experiences on every platform and device. Get in touch today!