This latest release of our encoder comes with a variety of new features, but also introduces some major changes. Some of those changes bring new default values and behavior patterns with them. For this blog post, we are taking a more in-depth look at what is going to change for you, if you are a user of Bitmovin Video Encoding. We’re covering the new features and how you can benefit from them, we’ll show you some important changes to a few specific settings and explain how to revert back to the previous encoding behavior if required.

Jump right into the sections, which are most relevant to you and your use cases:

New to using Bitmovin Encoding? It’s simple. Sign up for a trial today to see our tech in action or get in touch with our sales experts to discuss your specific requirements and use cases!

Per-Title Encoding out of the box

Per-Title Encoding now comes as an out-of-the-box feature, making this technology available for a wider user base. Whether you are operating a large-scale content delivery network or encoding videos for a limited audience, you will now be able benefit from Per-Title Encoding without any extra integration or configuration effort. Note that Per-Title Encoding has additional pricing impacts that will affect your minutes balance.

If you would like to see how Per-Title Encoding can improve quality and reduce your bitrates, try our Per-Title Ladder Banchmark Tool and see the new ladder and a report on the improvements over your existing ladder.

At Bitmovin, we’ve been strong supporters of AV1 since the early stages. Following the AV1 bitstream freeze back in June, AV1 is now in at general availability stage in Encoder v2.0, providing unparalleled quality at low bitrates.

We have overhauled the error reporting process to provide enhanced error descriptions. You’ll be able to pinpoint what exactly went wrong in the process and act accordingly.

We have implemented a couple of changes to our Encoder to equip it with a greater level of input resilience. Whenever a frame is dropped or corrupt, our encoder simply duplicates the preceding frame or frames, allowing the encoding process to go on continuously. While the process continues, a warning is shown as a status message.

Breaking changes that may impact your encoding workflows

Some of the changes to our new encoder will impact your existing encoding workflows. In this section, we’ll cover those key breaking changes and show you what they entail exactly. The list below explains how these changes reflect in our API, where to find the related section in our documentation and which exact properties are concerned.

With this setting, the encoding will not fail if a frame cannot be decoded, but instead other frames are duplicated to compensate. The encoding can continue and an error message is displayed.

Previously, the encoder would send an error, if the input for the encoding is shorter than the defined duration. With this setting set to true, the encoding will continue in such instances and a warning message is displayed.

Impacts the way input streams with variable FPS are being handled. With the new default, the encoder will process files with a dynamic framerate automatically and adjust (e.g. by dropping or duplicating frames) if a constant framerate is required for the output file. For input streams with a fixed framerate, this change does not have any impact.

By setting the synchronization mode to “RESYNC_AT_START” the encoder re-syncs the audio and the video stream, based on the values transported in the metadata. This is useful for workflows containing previously encoded content.

Migration quick guide: how to revert back to the old defaults

If you intend to use Bitmovin Encoder in the exact way that you used to before the update, you can do so by simply changing the settings from the new default values to the old values.

The table below shows you which properties you will need to change to revert back to the previous behavior. 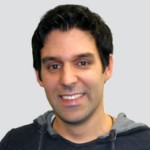