The 7.2 release is yet another great step forward for the Bitmovin Player team, and among a host of impressive new updates, contains at least one new feature that could be a game changer for the industry.

Per-Scene Adaptation, as the name suggests, enables the player to optimize the stream based on the content of the scene in the video, to either save bandwidth, or increase quality. The player reads quality metadata, that gives each segment in the video a score based on the human eye’s ability to appreciate the level of detail.

The simplest way to grasp this concept is to imagine a scene that is completely black. With no details at all, the scene can be delivered at 320p to a 1080p HD screen, and no one would know the difference. This saves bandwidth.

Conversely, imagine a scene with a lot of detail, and a lot of movement, for example an action scene with a lot of explosions. Sometimes artefacts in these types of scene will be visible. In some cases it could be a benefit to the user to deliver a higher quality to enhance the user experience. The diagram above compares standard adaptation to Per-Scene Adaptation. The orange and green arrows in the lower half of the diagram highlight opportunities to optimize the adaptation behavior.

Get the Per-Scene Adaptation Datasheet

Being the first player to deliver 360 video to every device and browser was a landmark milestone for the Bitmovin player team, but it was really just the beginning. The 7.2 release contains a major update to the API, which enables interface customization and analytics which can take both your user experience and your content optimization to the next level.

360 video is being consumed across a wide variety of devices and platforms, many of which are not designed for immersive content. With the 7.2 API update you can now customize the interface to make your content easier to experience on any device. A simple example might be adding up, down, left, right arrows or a “Reset View to Front” button, for easier desktop viewing. But these are just two simple examples. We are looking forward to seeing how you, our customers use this feature.

Video Analytics has become a major focus for Bitmovin because we know how important metrics are for your business. Up until now, analytics for 360 was essentially the same as for standard video formats. With 7.2 you can now see deeper into the immersive experience to understand what your users are doing, and where they are looking within the environment.

This 7.2 release has enabled the possibility to configure your player to utilize multiple backup streams for your HLS content. (We have supported MPEG-DASH streams for some time). This is particularly useful for live streaming, as the content delivery is dependant on the encoder running in realtime. If the encoder fails for some reason, your player can now switch to an alternative encoder before the buffer expires to avoid any disruption in the user experience. In any video workflow, there is always a possibility that one of the links in the chain breaks, stopping the entire stream. Both the Bitmovin Encoding team and the Bitmovin Player team have always treated stability as a high priority, which is why we have developed solutions such as CDN switching from our 7.1 release. The addition of HLS stream backups is another important step.

More tweaks and enhancements in the 7.2 release have improved our start up times by around 4x the speed for HLS streams. Rendering of VR & 360 content has also received a major performance boost, particularly in Safari 10.1+ on macOS. We achieved this by leveraging a bug fix released by Apple last month which allowed us to remove workarounds for this platform to streamline and speed up several processes.

Another major development is support for VP9 chunked content. This will pave the way for stream optimization via Multi-Codec Streaming which has enormous potential for cost reductions as well as further improving user experience. In Multi-Codec Streaming, each user’s browser is identified, and a stream is chosen from a variety of options to deliver the most efficient possible file for their system.

For more information about how you can leverage Multi-Codec Streaming in your video workflow, contact our solutions team.

A few other nice enhancements

There were quite a few other smaller, but nonetheless, very important improvements in the 7.2 release, including: support for VAST extensions to further improve your advertising capabilities, changes in the way we deal with Fairplay certificates and the addition of support for the “X” format tag in the SegmentTemplate template string, which further broadens our support for variations in MPEG-DASH manifests.

We keep working on new features all the time. Some of the upcoming include the ability for users to style closed captions and subtitles, SCTE-35 and CUE tag support for ad insertion in HLS, P2P streaming integration and more.

All the best,
Daniel and the Bitmovin Team. 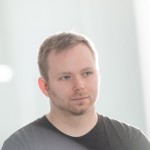