Update: The information in this article was published in June 2015. Since then many upgrades and improvements have been made to the Bitmovin Encoding System, which is referred to in this article as bitcodin. For latest product information, please visit our Encoding Service product page.

The fastest cloud-based encoding service on the market was tested and reviewed by Jan Ozer of Streaming Media Magazine. In this review, Bitmovin encoding showed “impressive performance and quality”, while the transcoding-platform was still in development at that time.

Bitmovin encoding is a highly performant and scalable cloud-based encoding service focused on adaptive bitrate streaming formats such as HLS & MPEG-DASH. The service enables transcoding speeds which are up to 75 times faster than real-time, (NOTE: now over 100x faster than RT) i.e., transcoding a 75 minute video to multiple output qualities in just 1 minute, and with instant playback during the transcoding process. This enables content providers to bring their content online as fast as possible without transcoding delays and thus minimize their time to market, which is an important success criterion for any video content provider ranging from News, VoD to UCG and a lot more.

The review highlighted the easy to use user interface such as the transcoding job creation wizard, which is one of the main goals of the frontend. As video transcoding – especially to multi-bitrate adaptive streaming formats such as MPEG-DASH or HLS – is a complex task with a lot of parameters and tools, we simplified that process in a few steps with the most important settings and powerful encoding presets guaranteeing the best quality results.

Read the full review by Jan Ozer of Streaming Media at www.streamingmediaglobal.com/Articles/Editorial/Featured-Articles/Review-Bitcodin-a-Cloud-Video-Encoding-Service-From-Bitmovin-104546.aspx

The expert from streaming media provided us with valuable feedback on features which need to be added or improved, and we immediately did it! We now also support the transcoding to HLS only and fixed the mentioned frame-rate settings.

The Bitmovin team also further improved the performance of the system, so we are now able to transcode video files up to 75 times faster than real-time. Unbelievable? Try it out for free!

We are also continuously extending the Bitmovin encoding service with new features – such as DRM support – and more API extensions, examples as well as documentation. So stay tuned for future release notes! 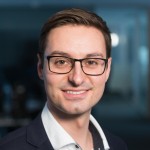