The following steps are required to be able to update to v2.38.0 or higher from your current version of the Bitmovin Android Player SDK.

If you are already using an earlier version of the Bitmovin Android Player SDK, you will have to replace its current set of libraries with the according Android X libraries.

Android Studio provides a way to do that automatically. Go to the Refactor menu and select Migrate to Android X, and click Migrate. A ZIP archive will be created with the current state of your project, afterwards the migration will be executed. 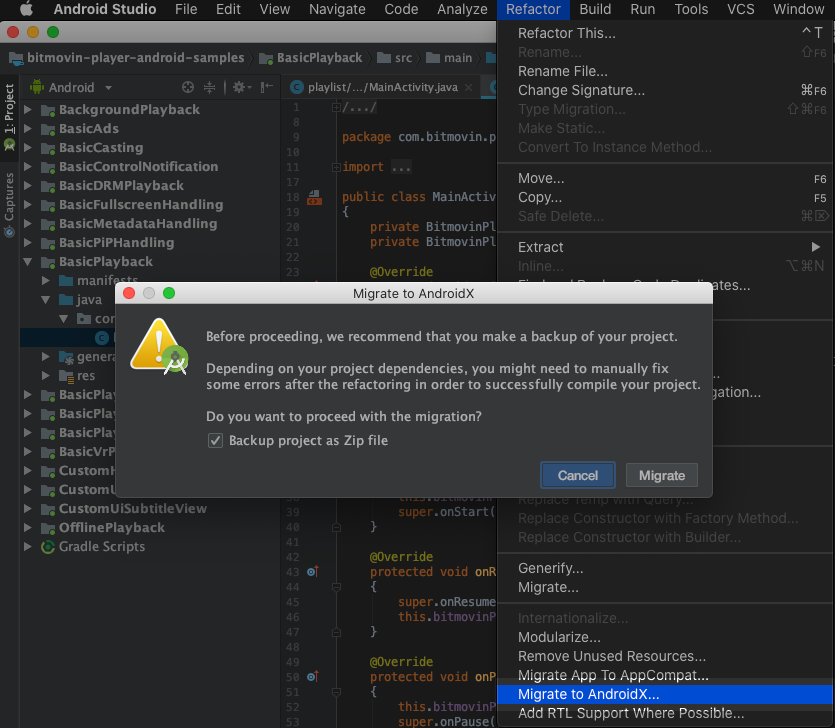 If you are using the BitmovinDownloadService in your application and you extended it (e.g. customized notifications for offline playback), please continue reading :)

The onTaskStateChanged method signature changed. It has a different Argument now. Instead of a TaskState, the SDK user gets passed a BitmovinDownloadState, which has a different structure than before. It already contains the OfflineContent object, which previously had to be parsed from DownloadAction.data.